Located in Pittsburg California | 925-255-0098
View cart “Journey to Acceptance: Finding Hope, Support, and Peace for Your Autistic Child” has been added to your cart. 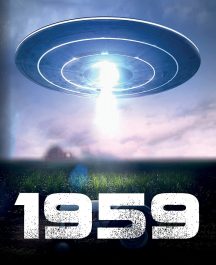 In this intriguing and whimsical novella set in 1959, nine-year-old North Dakota farm boy, Jack Marshall, and a few close friends come to the aid of another friend, Tommy Clemens, who, one foggy morning before school, has seen an alien spacecraft land in a pigsty on his family farm and had an encounter of the fifth kind. Jack is also contacted by the aliens a few days later, and both boys suffer repercussions. Sheriff Frenchy DuBois is called in to investigate. He led the field investigation of The Roswell UFO incident back in 1947 while… 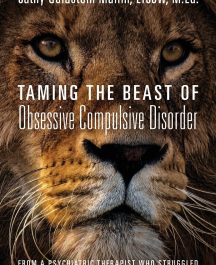 Taming the Beast of Obsessive Compulsive Disorder is a comprehensive review of this bizarre and brutal disorder, written by a psychiatric therapist who struggled mightily with this beast, got well, and dedicated her life to treating it. Through simple explanations and myriad stories, one is taken on the hair-raising, roller coaster ride of all that is OCD…

The Rumor Club: A Mystery Novel

This is another story of how ordinary people can achieve justice for themselves when thrown into a serious murder situation. It is the fourth in a series of similar books. Hope that you enjoy it… 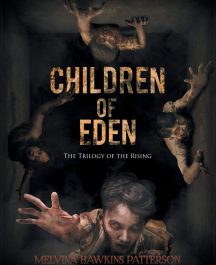 Children of Eden: The Trilogy of the Rising

Serum 222, designed to kill a strain of deadly cancers. Serum 222, handed to the hands of a demented scientist and used to raise a nation. Born in Pittsburgh, Pennsylvania, raised in a large family of eight siblings. Parents are Kathy Grant and David Lavender. 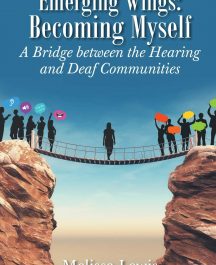 Emerging Wings: Becoming Myself: A Bridge between the Hearing and Deaf Communities 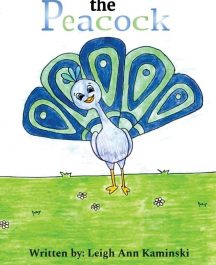 Pete the Peacock was not born with beautiful peacock feathers like all his friends. Instead of focusing on what he lacks, however, Pete focuses on others… 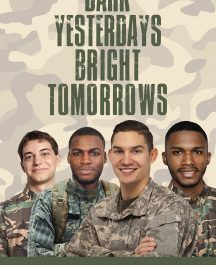 As a Texas-based solider in the US Army, who is but twenty-three years old and black as well, Corporal Tyrone Lattimore is generally regarded as soft-spoken, intelligent, highly proficient, and compassionate. In some circles, however, the corporal is perceived as an enigma-a man who marches to the beat of a different but benevolent drummer, and that, alternately, makes him a very controversial figure… 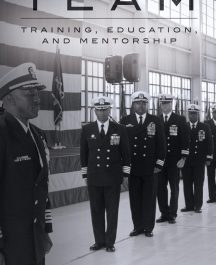 In this inspirational and informative “lessons learned” guide to teamwork, mentorship, growth, and development, highly accomplished U.S. Navy Captain Dana R. Gordon gives readers valuable insights into the things that have helped him in his life and career-all the way from being a successful high school student-athlete, college engineering student, to being a U.S. Naval aviator, decorated ship’s captain, and now the Director of Engineering at Fanatics, Inc.

With the emergence of a baffling and deadly neurological illness in a hospital in Atlanta, 39-year old Cassandra Garriman, a brilliant, ambitious and strong-willed medical doctor, traces the mysterious disease back to a deserted island off the coast of South Carolina. She uncovers its alarming potential, though neither infectious nor contagious, to spark a regional or even a national health threat as well as bioterrorism, international espionage and geopolitical turmoil. What is it? How did it get to the island or the hospital in Atlanta? It must be stopped! It’s her fight to win. 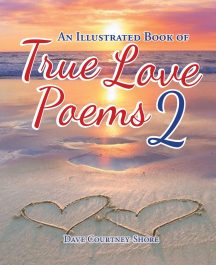 An Illustrated Book of Love Poems 2

This is the second book in a trilogy of books entitled “Illustrated Book of True Love Poems” by Dave Courtney-Shore. In his first book, the meaning of love, and the initial journey into love are explored, whilst in this second book love grows and matures and takes on a deeper meaning. 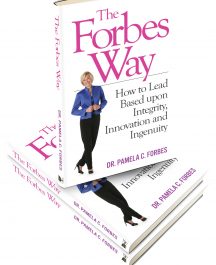 This is a leadership book that looks to the future – specifically our children. This book calls on today’s educators, parents, and business leaders to partner in new ways to prepare our children for life work based on their innate gifts and interests while providing a possibility for creating the income needed to lead a happy life regardless of their profession. Pamela provides a model–her dream–for our society… 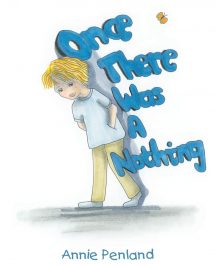 Once There Was a Nothing

This story is about a little boy that feels unwanted, like a Nothing, and has no friends. He stumbles onto a Something that needs a friend. He helps her and becomes her friend, but after a while she becomes stronger and returns to her home. The Nothing has been changed however by the friendship and feels better about himself. 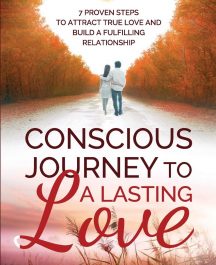 Conscious Journey to a Lasting Relationship

This book offers a unique and modern version of “happily ever after” for smart, ambitious, professional women who spent their life achieving success in their career, yet experience stress and an overwhelmingly empty feeling of missing out on a loving relationship. 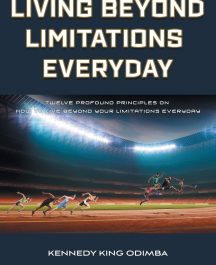 Where are you in the journey of life today? Have you given up on your childhood dreams? Are you in the middle of a crossroads or even nearing the end of your rope? It makes no difference what could be holding you back from living your best life right now. 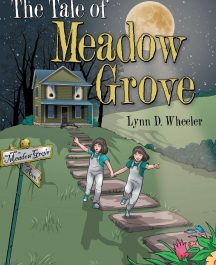 The Tale of Meadow Grove

Chloe and Emma are five-year-old twin sisters who live in Meadow Grove. Their household is dysfunctional and unsafe, filled with sadness and fear. At night, they escape to a magical land alive with creatures both great and small. Mr. Jingles tries to find them, but the girls remain hidden with the animal friends who give them the courage to make it through difficult times. 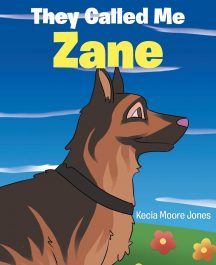 They Called Me Zane

“They Called Me Zane”, is about a German Shepherd named Zane who passed away, and transitions into her new world, heaven. While being reintroduced to the environment, she shares with Jesus her worldly experience. Although Zane’s family misses her, she wants them to be reassured that she is happy, grateful, and blessed for their time together… 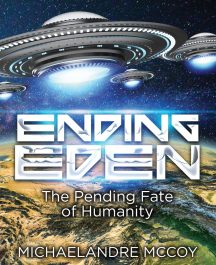 The “Gods” who brought us to Earth are coming back. But are They coming here to save us from ourselves–or to destroy us? 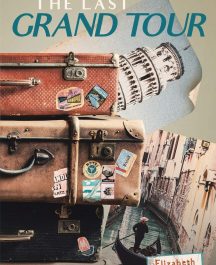 The extensive collection of letters compiled in The Last Grand Tour chronicles the adventures of a Michigan family’s trip to Italy in 1959-1960. Margaret and Gilbert Sherman, with their three children–Helen, Elizabeth (Whiz), and Tom–in tow, detailed their eight-month journey with engaging descriptions, wry observations, and riotous anecdotes in their correspondence with family members back in the States… 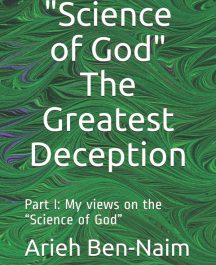 “Science of God” The Greatest Deception: Part I

This book is written by an author who was raised in a religious environment, in which God was always present. At age 14 he discovered that “God,” not only was never present, but even its very meaning is unclear.
This book is not about delusion about God, nor is it about deception about God. 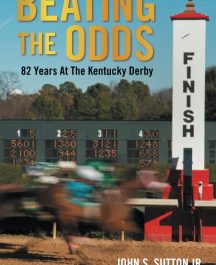 Beating The Odds: 82 Years At The Kentucky Derby

Beating The Odds: 82 Years At The Kentucky Derby is an Autobiography of a man who has attended 82 consecutive Kentucky Derbies and the ensuing unique lifestyle that accompanied this feat. Featured intermittently with an unusual childhood and later life experiences that very few people have had the privilege of being exposed to (good or bad). In addition, there are pictures and legacies of the immediately family that supported this endeavor. 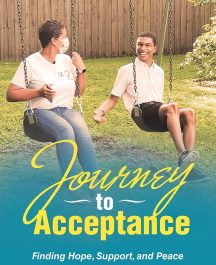 Journey to Acceptance: Finding Hope, Support, and Peace for Your Autistic Child

Having a child with autism presents many hard questions: What will my child’s life look like if he or she never gains maturity and independence? How will allowing my child to transition to a group home affect the family? What will happen when I can no longer take care of my child because I’m too old? What will happen if my child outlives me? 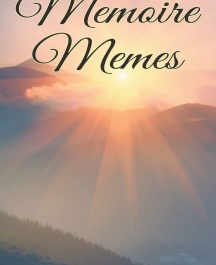 It’s a memoir. It’s an interesting story of the author’s life. She narrates her life history, from childhood through kindergarten to the university. She migrated to the United States and experienced motherhood and marriage which ended so abruptly that she ends up questioning where her life was going. At the end of the story, she realizes that she needs to pick up her broken life and start all afresh with one thing in mind, she has learned her lesson. 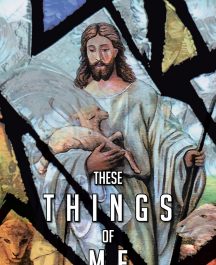 These Things of Me

These Things of Me is a compilation of Messages from the Lord as given to Kay Becraft. He has encouraged her venture with him through the many messages and visions he has allowed her to hear and see. He has opened countless doors, increasing her walk with him. He has led her down the path made straight-straight into his wonderful presence. She has experienced visions, heard his voice audibly, and perceived the wonderful fragrance of roses and myrrh as the Holy Spirit entered her room. 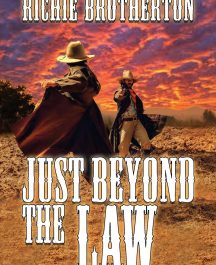 Just Beyond the Law

In the small Old West town of Showdown, up in the Texas panhandle, trouble is brewing. Rustlers and ne’er-do-wells seem to find their way into the wholesome little town, bothering its citizens and taking what they want with the iron on their hip. One day, a mysterious stranger appears in the shadows and begins to take care of the town’s problems… 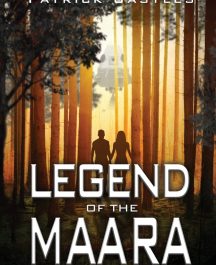 Legend of the Maara

While studying the Earth-distant planet, Maara, with his Chaperone crewmates, Jason Tabor, an archeologist, is kidnapped and awakes naked and alone in a smooth white room with no visible door. He is soon joined by Mia, and after some time and study of their captors’ schedule, they manage to escape to a new planet. 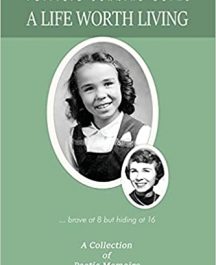 A Life Worth Living

“I found the poems exquisitely phrased and very moving. If people who commit suicide only knew what pain they cause. Pat has a rare gift, and it was a privilege to read her poems.” 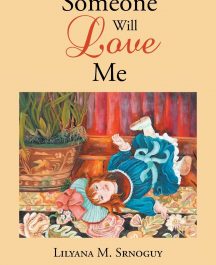 Someone Will Love Me

Patricia lived her life in the shadow of her beautiful sister, shielded by loving parents in peaceful and mostly uneventful existence. She brushed off any chance of being wife and mother as years were passing. Involvement in community affairs, helping her sister with two small children, and taking care of her mother’s garden didn’t give her much time to think about personal fulfillment.

The Adventures of Bubba Bear

The Adventures of Bubba Bear tells the story of a playful bear who is always learning and exploring. Through this book, Bubba learns about his five senses as he watches his Mama Bear make breakfast. By tasting, seeing, touching, hearing, and smelling, Bubba begins to understand what senses are and how they work. His Mama and Papa Bear eagerly and playfully show Bubba how he uses his senses without even knowing it! 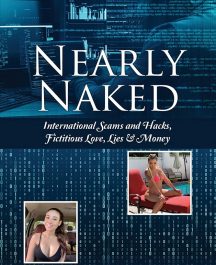 With the advent of information technologies of the past couple of decades and more recent advances over the Super Highway, we have all become victims to one scam or another. The reader may relate to one or many situations mentioned in Nearly Naked: International Scams and Hacks. The story of scams that the author has been involved in are all mentioned within and may help keep the reader from being taken for a fool as the author was many times. Hopefully, the reader will take away an education of what to beware of and be careful of what they wish and hope for. 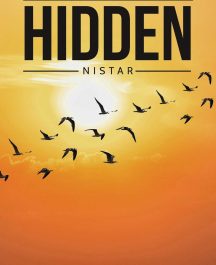 Each day Sarah spread a cloth on the space between our houses and sewed her wedding canopy.