Salt on the Wound

Steve Zell, affectionately known as Z Man, was once Mike Benjamin’s best buddy, best man, and business partner. But two years ago, Zell turned on Benjamin-who eventually lost his business, his wife and child, and his lifestyle. It’s taken two years, but Benjamin has carefully planned his revenge. He doesn’t want to kill Zell. He just wants to ruin his life. Disguised as a homeless man named Howard Meeks, Benjamin kidnaps Zell, drugs him, cuts off his ten toes, cauterizes the wounds, and dumps his body where it can be easily found. Zell will never run or play tennis again. But the physical pain is only the beginning of his problems-and only the beginning of what Benjamin plans to do to his former friend.

Because of the past issues within their relationship, Benjamin quickly becomes the prime suspect in Zell’s assault. Only time will tell if Benjamin is able to avoid detection and prosecution as he tries to bring about the downfall of Zell’s entire family.

Be the first to review “Salt on the Wound” Cancel reply 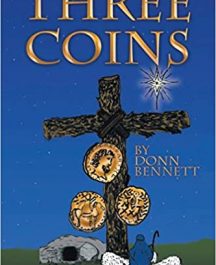