Follow five generations of a Sicilian family through over one hundred years of cooking-mostly truth with a few fun, tall tales and a little pure fiction mixed in.

Their story begins as fishermen in Sciacca, Sicily, during a time of turmoil. Luciano and his brothers took the twelve-dollar journey in the unsanitary steerage class aboard the Iniziativa, which left Naples in January 1890 bound for New York and crossed the states to San Francisco.

It did not take Luciano long to learn that the streets were not “paved with gold,” but he worked hard and fished the San Francisco Bay and eventually helped his son, Antonino, open one of the first restaurants on Fisherman’s Wharf.

Recipes evolved over generations due to the availability of ingredients, social events, nutritional awareness, trends, and culinary tools. What was delicious in 1950 might be considered too calorie-dense in 1980. Over 150 family recipes through five generations reflect those changes while respecting the original heart and soul of each one.

Be the first to review “Recipes Change: A culinary journey through 5 generations” Cancel reply 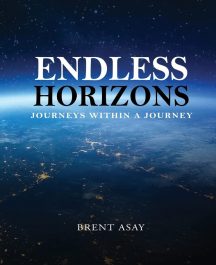 Endless Horizons: Journeys Within a Journey 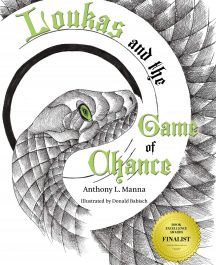 Loukas and the Game of Chance

A reimagined Greek folktale, Loukas and the Game of Chance is illuminated with dramatic and evocative pen and ink drawings that provide an ideal backdrop for the dark intrigue that fills this haunting story of human struggle, courage, and resilience… 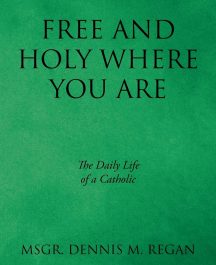 Free And Holy Where You Are: The Daily Life of a Catholic

When I was growing up, the idea that being Catholic was an “adventure” was the farthest thing from my mind. You just “were”. And, pretty much, memorizing some definitions and what “rules” you had to keep in order to be “saved” completed the picture.