The purpose of a journey is the experience, not the destination; thus the spirit’s wanderings can be long indeed, with the only motive to spread joy. This book and the one that follows represent my life’s work. I wrote Fallen Empire after completing Out of Exile, which represents my attempt to recapture the internal harmonics that flowed so freely in my youth.

As a young man I was inspired by song lyrics, and naïvely entrusted what I wrote to individuals who simply stole it. I not only received nothing but was also persecuted, which resulted in my being blacklisted while at university. During my education I discovered that the use of rhyme, assonance, and meter that comprise internal harmonics were present in the lyrics I had already written. I present the best of them here for literary purposes only—though the songs have been sung and marketed long since, they are mine. I gave away the songs that I later wrote, most notably those that appear in the 1970s film The Harder They Come, starring Jimmy Cliff.

Babylon looks like a place to leave the road, but it’s a dead end. Once there, oppression traps the spirit, and the journey continues without the traveler. When the mind works a little, one thinks; when it works a lot, one wonders; but if you try to remember why, you will fail. Chief Seattle said it best, but my version is, “I will write no more forever.”

Be the first to review “Out of Exile” Cancel reply

The Soldier in Alligator Boots 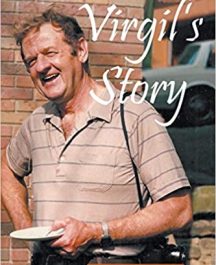 Escape or Perish: The Rapture