It Started with a Steamboat: An American Saga

Steven Harvey was born an “Army Brat” at Ft. Leavenworth, Kansas in 1950. Son of Midwesterners he was educated in Florida and joined the Navy in 1969. It was during this time that he became a Machinist Mate aboard the USS Forrestal. After spending four years overseas he returned to civilian life, started a family and spent three years as a missionary in Central America. He has over the years worked in many different fields making the best of life’s rollercoaster.

The author has a life long fascination with the history of why things work and how they have change the world we live in. His first book, IT STARTED WITH A STEAMBOAT, combined his knowledge as Navy trained steam mechanic with the history of New York’s Finger Lakes to produce the epic story of change and progress produced by Robert Fulton’s transportation revolution.

In his newest book, LIFE OF A STEAMBOAT MAN, Steven has told the story of an old beloved steamboat man of the nineteenth century who played such an important role in the development of the Finger Lakes.

Over the years Steven has built steamboat model collections for several museums including the Finger Lakes Boating Museum located in Hammondsport, NY.

Be the first to review “It Started with a Steamboat: An American Saga” Cancel reply 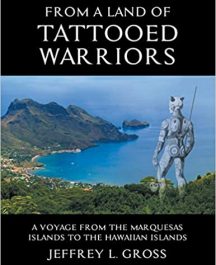