Born Black in the South as an Entertainer

Earnest Stanberry began playing at an early age. At the age of sixteen, Earnest had the privilege of performing with the late, great international recording artist Jimmy Reed in his hometown of Pensacola, Florida. Earnest performed in all major night clubs traveling throughout the south with constant sellouts in which he was noted for his amazing harmonica playing and natural vocal style, which has made him somewhat of a legend in his hometown of Pensacola. Earnest and his band became the house band for ABE’s Five-O-Six Club; one of the biggest and hottest night clubs in the south during the early 1960’s and 1970’s by drawing constant sell-out crowds. Earnest and his band was also the house band at Tom’s Tavern opening for such Blues great as Little Junior Parker, Sonny- boy Williamson, B.B. King, and Bobby “Blues” Bland. Earnest labored in relatively music obscurity for seven years performing regularly in most if not all of the U.S Armed forces NCO and Officers Clubs state side and abroad, entertaining the service members of the air force, u.s army, marine, and the Navy. Earnest knows that Blues, rhythm and Blues, and soul music is universal and act as a bridge between the old, the new, and the universal. Earnest also continue creating quality music in his hometown, and tour regionally. 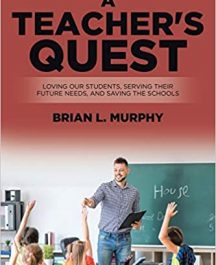 A Teacher’s Quest: Loving our Students, Serving their Future Needs, and Saving the Schools